Civil Service Forum Local 300 Service Employees International Union (SEIU) was first organized in September 1914 by the Joint Council D.S.C. in New York City. Fifty years later, on September 30, 1964, the Union affiliated with the Building Service Employees International Union (BSEU), AFL-CIO, and was “known and designated as Civil Service Forum Local Union No. 300 of the Building Service Employees International Union”. BSEU was the predecessor to SEIU, founded on April 23, 1921, in Chicago to represent janitors, elevator operators, and window washers. It was in 1968 that BSEU officially became SEIU in order to reflect an increasingly diversified membership. Local 300, which started with only a handful of members, now has more than 1,200 active members, 500 retirees, and is the forerunner of all public employee organizations. It is the certified union representative for numerous City occupational groups, pursuing an active course of action with betterment for civil servants always the goal. 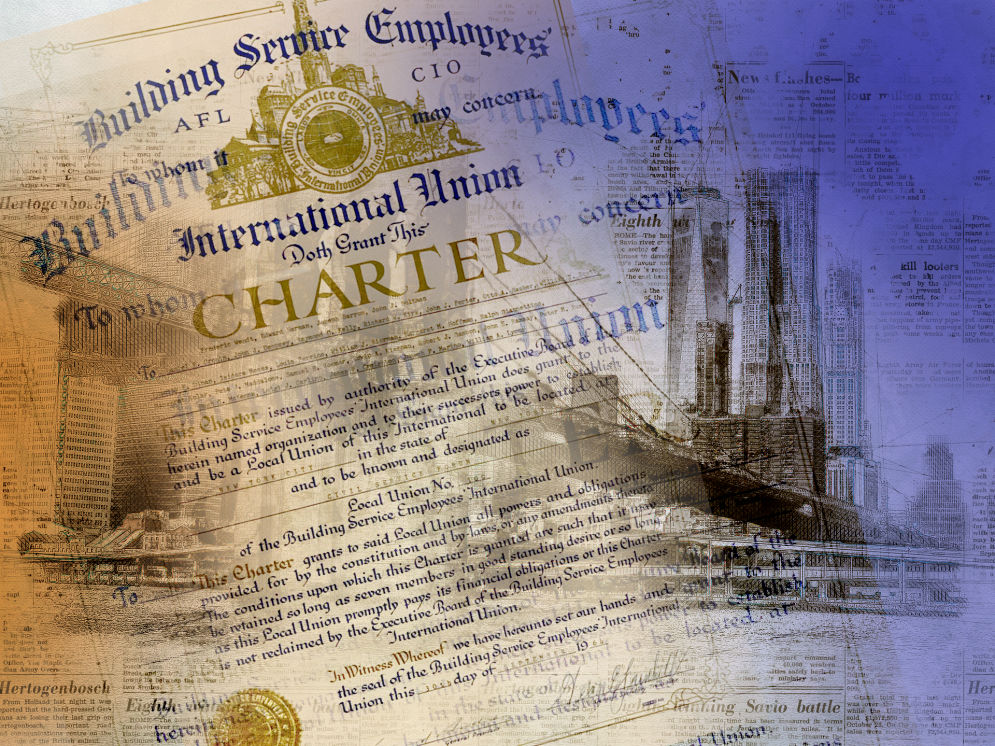 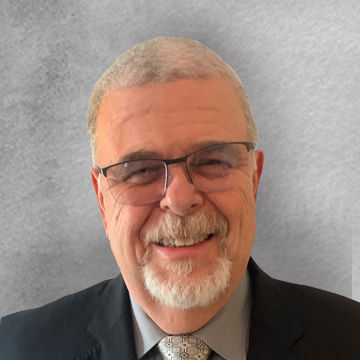 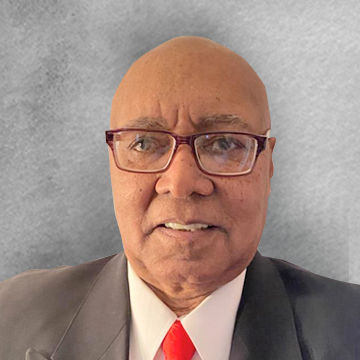 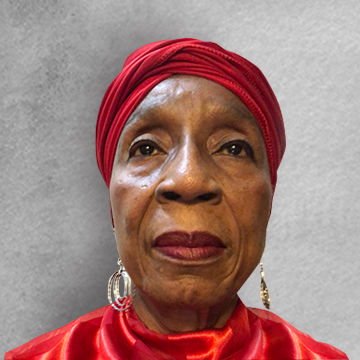 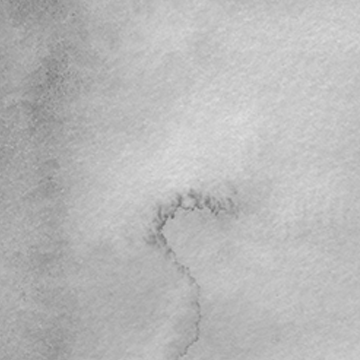 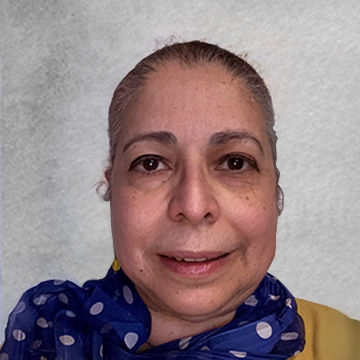 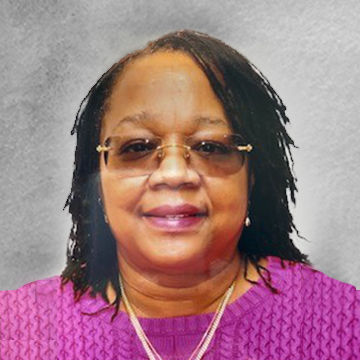 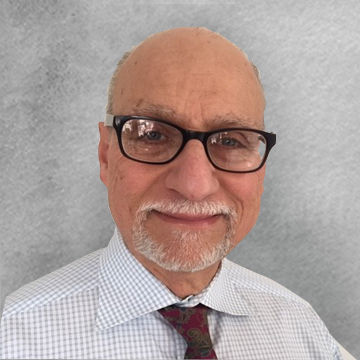 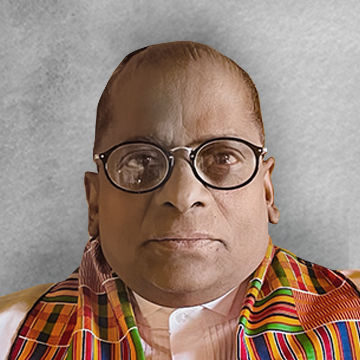 James “Jimmy” Golden first started his career with the City of New York in 1984 as an Office Associate, working at the Department of General Services. In 1987, he became a Quality Assurance Specialist. During his time on the job, he immediately saw the need for unions and the value of what they provided to members. That was when he realized the importance of getting involved. In 1994, he ran for, and was elected as, a Shop Steward, representing members at the Department of General Services. This gave him more insight to the inner mechanisms of union life, including assisting members with both work and personal problems, labor-management issues, arbitrations, and grievances. Three years later in 1997, Golden was elected as the Local’s Vice President. In 2000, he was elected by the membership as President, a position he has held ever since.

Under his direction, Local 300 has grown from 700 to 1,200 members. The Union leadership has written and adopted a Constitution, which was approved by SEIU in 2003. He has negotiated member contracts with the City in a timely manner – a task nearly impossible to achieve in the anti-labor climate of the city and state in recent years – that were overwhelmingly ratified by the membership.

In addition, since Golden became President, SEIU Local 300 has won every arbitration filed on behalf of its members. He has also increased benefits for both active members and retirees due to strict fiscal management of the Union’s Welfare Funds on which he serves as Chairperson.

Joseph L. Key began working for the Department of Education in the Office of School Lunches as an Office Assistant in December 1965. His job at the Long Island City location included typing, calculating the number of lunches served, coordinating mailings, and delivering interoffice information, before email and faxing.

Not even three years later, however, he was drafted by the U.S. Army, and in June 1968, he began his training at both Fort Gordon, Georgia, and Fort Lewis, Washington. Post training, Key was sent to Vietnam for a one-year tour of duty as a Private First Class, Infantryman, during which time he was awarded three Bronze Stars for Heroism in Ground Combat. Before leaving Vietnam, he was promoted to the rank of Specialist, and on June 4, 1970, Key received an honorable discharge.

Upon re-entry to civilian life, Key returned to the Office of School Lunches, and was immediately promoted to Assistant Supervisor of Purchasing. After a 1975 city audit that recommended a reorganization of the department, he was again promoted, this time to the title of Education Officer and Director of Inventory Control. However, Key knew that civil service protection would provide him with a more secure and stable future. In 1985, he took the Procurement Analyst test and was certified as a Procurement Analyst Level 111/Director of Inventory Management.

In the mid-1990s, the Chief Administrator of Office of Support Services (OSS) was so impressed by Key’s skills that he asked if he would be willing to take on dual assignments. He appointed Key as the EEO Officer for OSS. Key’s additional duties included investigating approximately 175 complaints of discrimination, sexual harassment, and harassment, reporting his findings, and making recommendations as to further actions.

Never one to sit back and let an opportunity slip by, Key was also becoming very involved in Local 300 during the same time he was juggling two job titles. With some knowledge under his belt of what it was like to help co-workers, in 2001 Key ran for Shop Steward at the Department of Education and won; he was also elected as an Executive Board member. Having represented the members so well as a Shop Steward, three years later, in 2004, he was elected as the Local 300 Vice President. On May 12, 2012, he retired from the New York City Department of Education as a Procurement Analyst Level III/Director of Inventory Management, OSS. However, he continues on as the Local’s Vice President, representing members with grievances and discipline charges, negotiating contracts, and handling the duties of the President during his absence. In addition, he serves as a Trustee of the Welfare Fund.

Mary Walker started her career with the City of New York on July 20, 1964, working for New York City Health + Hospitals at Cumberland Hospital in Brooklyn as a Stenographer Level I. At that time, she belonged to DC37, Local 1549, her first entre to the labor movement. She worked her way up through the rank and file for 42 years at various hospitals, including Cumberland, Woodhull Medical Center in Brooklyn, and Bellevue Hospital in Manhattan. Walker joined SEIU Local 300 in February 1982 when she became a Procurement Analyst Level III at Bellevue Hospital, a position she held until her retirement in February 2006.

During her time as a member of Local 300, Walker started attending membership meetings and becoming involved to learn more about how unions operate and the services they provide to members. Always one to lend a helping hand whenever she can, Walker’s co-workers encouraged her to run for Shop Steward. In 1987, she did just that, and was elected by her peers to represent them at Woodhull and Bellevue hospitals. She served as Shop Steward for 12 years under the leadership of the late Sal Cangiarella and Judith Hunter-Rhodes, both former Union presidents.

In 1998, Walker was elected by the members as the Union’s Secretary-Treasurer, which also made her a member of the Executive Board, positions she still holds today. While no longer working for the City of New York, she spends plenty of time working for Local 300, keeping accurate records of the Union’s finances, collecting membership dues and maintaining membership records, helping prepare the budget, and managing the finances.

Joseph Vacirca currently is an Administrative Procurement Analyst for the New York City Department of Citywide Administrative Services (DCAS)/Office of Citywide Procurement (OCP), working out of the David N. Dinkins Municipal Building in lower Manhattan. He started with the City in 1985 as a Fuel Inspector with DCAS/Bureau of Quality Assurance (BQA), later moving to the Automotive Unit in BQA as an Inspector for new vehicles purchased for the City’s Mayoral agencies, including FDNY, NYPD, and DSNY.

While working as an Automotive Inspector, Vacirca had the opportunity to take the Procurement Analyst Exam, which he knew would enable him to further advance his career. Upon passing the exam, and being called off the list, in 2011 he was assigned to DCAS/OCP as a Procurement Analyst where he was now responsible for purchasing the vehicles he previously inspected under his former title. Vacirca continued to move up the career ladder by taking the Administrative Procurement Analyst Exam in 2017, which lead to him to his current title as an APA at DCAS/OCP.

Vacirca became a member of SEIU Local 300 in 1985. After attending membership meetings and seeing how much good the Union did for its members, he knew right away that he wanted to get involved. In 1995, he became a Shop Steward representing his co-workers at DCAS. His commitment, dedication, and determination caught the eye of the Union’s leadership, and in 2007, Vacirca was invited to become a member of the Local 300 Executive Board. He continues to hold both positions.

What he finds most challenging as an Executive Board member is working through these uncertain times to provide and maintain the best possible services for members when City agencies are cutting back across the board. However, being able to tell members at meetings, or in the newsletter, about added benefits or contractual wage increases makes the job all worth it.

Evelyn Negron started working for the City of New York in 1991 as a Procurement Analyst at the NYC Housing Authority. During her time at NYCHA, she was responsible for preparing documentation for solicitations, checking specifications for adequacy, analyzing bids and proposals for fair and reasonable pricing, and ensuring contract compliance through analysis of documents.

Evelyn first became involved in Local 300 by attending regular membership meetings. It was there that she learned about the significance of unions, what they do to help their members, and the importance of getting involved. Working to make sure all members were aware of union benefits and when to turn to the union for help were always her top priorities.

In 2008, she transferred to Health + Hospital Corp., where she currently works as a Procurement Analyst. In 2016, when a spot opened on the Executive Board, Evelyn was elected to fill the vacancy, and has been an active Local 300 Board Member since. She continues to give her all as part of a team that cares so much for its members.

Rosalyn Conaway started working for the City of New York on Oct. 14, 1980, in the Police Department, Bureau of Criminal Investigations. As an Associate Fingerprint Technician, she learned the skills and techniques needed to identify individuals according to the patterns of lines on a person’s fingers. She was responsible for searching and classifying fingerprint cards of missing persons and decomposed remains.

Working in that fast-paced, intense environment gave Rosalyn a unique skillset that earned her a promotion on Nov. 20, 2000, to the Latent Print Unit, where she processed crime scene evidence to obtain fingerprints. Her dedication and commitment to the job earned her another promotion in 2012, this time to a Fingerprint Technician Level 4 – the highest level possible for this position.

During this time, Rosalyn wanted to get more involved in the union that represented her. In 2002, she ran for, and was elected, as a Shop Steward. During her eight years in that position, Rosalyn made sure to stay abreast of everything happening in Local 300 so she could bring that information back to her co-workers in the NYPD. When a seat opened up on the Executive Board in 2010, Rosalyn was elected to fill the vacancy.

Rosalyn finally retired from City service on March 1, 2015, after 35 years on the job. However, she still remains an active part of Local 300 as an Executive Board member.